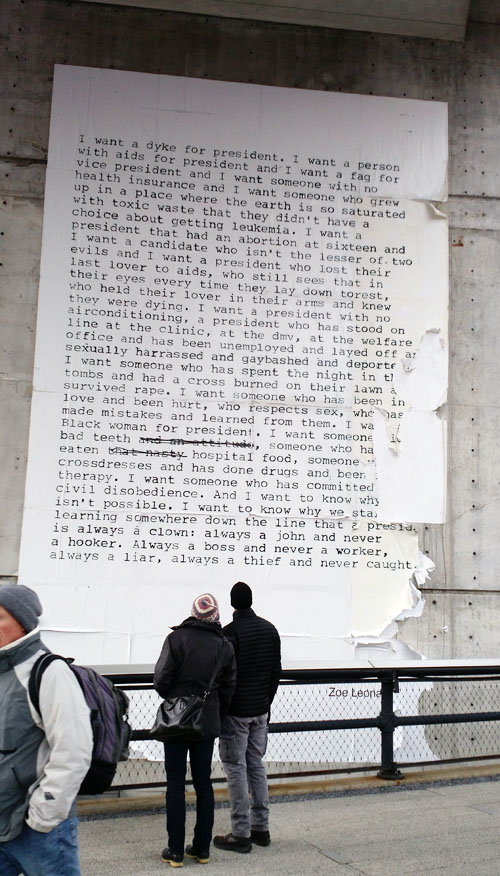 Walking fast on New York’s magnificent linear High Line Park on a recent brisk February day. A giant 20-by-30 foot poster, installed on a pillar of the Standard Hotel, stops and holds me mid-stride.

The typewritten text, words crossed out on a single page torn and tattered by exposure to the elements since October 2016, rivets me and other visitors passing by.

Written a quarter century ago by queer feminist activist/artist Zoe Leonard, I want a president is, at once, a poem and a political manifesto — direct, blunt, heartfelt and angry.

It remains urgent and relevant today, as our country may be circling the drain, thanks to government-induced and sanctioned exclusion, racism, homophobia, misogyny, narrow-minded ignorance, incompetence, and a distressing lack of empathy for nature, humanity and the human condition.

In a statement, Leonard explained: “I am interested in the space this text opens up for us to imagine and voice what we want in our leaders, and even beyond that, what we can envision for the future of our society. I still think that speaking up is a vital and powerful political act.”

One thought on “I want a president.”