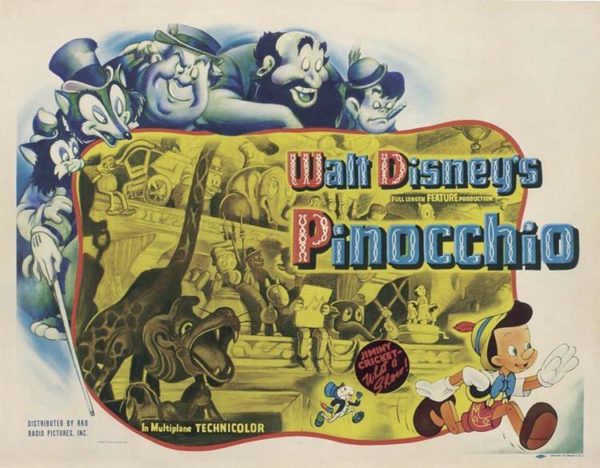 On Thursday, October 18, I will be speaking at the Wexner Center for the Arts in Columbus, Ohio, about one of Walt Disney’s most remarkable animated features, Pinocchio (1940).

Fresh on the success of Snow White and the Seven Dwarfs, Disney spared no expense in creating a sumptuous showcase of his studio’s capabilities in animated storytelling.  And his animators set out to outdo their own previous achievements by taking on the challenge of making the animation as vivid as possible.

I’ll be focusing on the work of two of Disney’s master animators on this film, Vladimir Tytla and Milt Kahl.  Through a close analysis of several of their scenes, we will see how these virtuoso artists brought to life the characters of Pinocchio, Jiminy Cricket and Stromboli.

With many behind-the scenes images of the production, you’ll get a taste of the state of the art of Disney animation, circa 1939-40.  My talk will be followed by a screening of a restored print of Pinocchio, courtesy of the Walt Disney Company.