In 1979 I made a research trip to the UK at the invitation of Halas and Batchelor, to learn more about the British animation scene.

John Halas (1912-1995) and Joy Batchelor (1914-1991) were a remarkable husband and wife team who, for more than 40 years, produced more than 2000 films at their prestigious London studio, including Britain’s first animated feature film, Animal Farm (1954), a decidedly adult-oriented cartoon based on George Orwell’s dark allegory.

I first “met” John and Joy, and their films, in Halas’ 1959 informative book, The Technique of Film Animation, a showcase of international animation, with styles and content different from American cartoons of the period. The book opened a new world to me, a 16-year old who basically knew only Disney and Warner Bros. cartoon fare.

Exactly twenty years later, John and Joy invited me to London to research and write about British animation, past and present. And again, they introduced to me a new world of animation, this time in person. I also gained a close and valued friendship with the two artist/producers, whose passion for the art of animation inspired generations of animation filmmakers, many of whom found their first animated film employment at H&B’s large and busy studio. 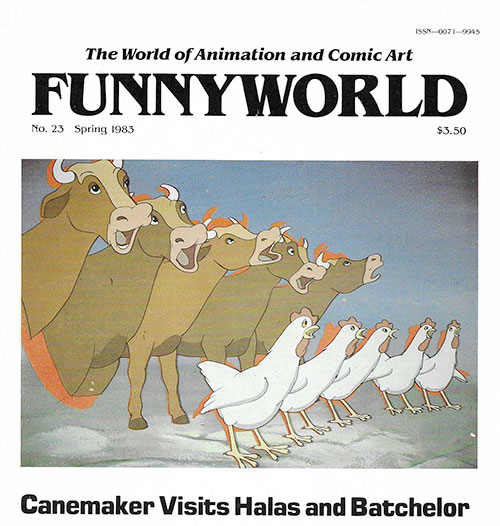 Some years later I wrote a second article related to Halas and Batchelor, “Farm Subsidy” which appeared in the May/June 2005 of Print, the graphic design magazine. It describes the CIA’s involvement, at the height of the Cold War, in the production of H&B’s Animal Farm:

And for the September 1980 issue of Print, I wrote a survey of independent animation in Britain: 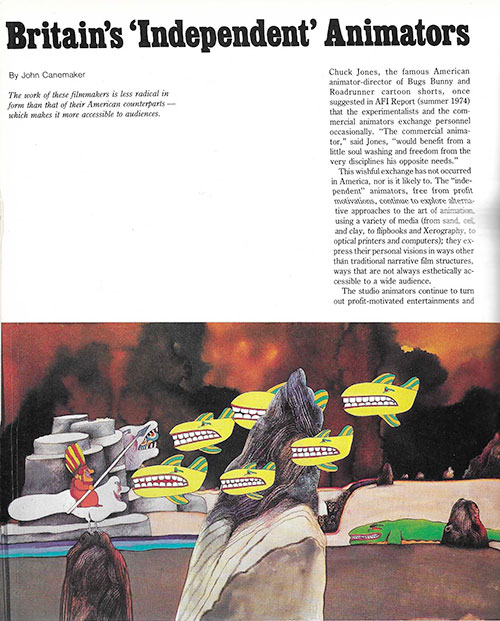 I hope you’ll enjoy these.