As a teacher, it is always gratifying when former students achieve success.  In the past few weeks, I’ve had the great pleasure of seeing not one, but three former NYU Tisch animation students numbered among this year’s Academy Award nominees, and a fourth the subject of a major career profile article in a national magazine. Congratulations to all!

Andrew and Lou met as film students at New York University Tisch school of the Arts Kanbar Department of Film and Television, where both gravitated toward the Animation program. Their amazing draftsmanship and technical skills duly impressed me and my colleagues on the animation teaching staff.  Full of energy, Lou and Andrew were interested in learning as much as possible about all aspects of filmmaking.

Soon, their obvious talents caught the attention of big studios. Pixar offered Lou a job after he completed an internship there, which he bravely refused in order to complete his NYU degree. The company kept its doors open for him, and he has since worked on Wall-E, Brave, Toy Story 3, and The Good Dinosaur.

Andrew found work immediately after graduation from NYU Tisch at Blue Sky Studios animating on Horton Hears a Who, Ice Age: Dawn of the Dinosaurs, and as a Character Lead on Rio.  Joining Pixar in 2010, he worked on Cars 2, Brave, Inside Out, and The Good Dinosaur, among other films.

Borrowed Time was made possible by Pixar’s Co-op Program, part of the company’s internal Pixar University professional development program for employees. Lou and Andrew applied and were allowed to use, on their own time, the Pixar pipeline at work. The film took them over five years to make.  Upon release, it immediately began racking up more than a score of awards at international film festivals, and now, there is the possibility of an Oscar.

The possibility of winning an Academy Award this year is there, too, for Brad Schiff, NYU Tisch class of 1995.  Brad, an internationally-recognized master of stop motion animation, is nominated for an Oscar, along with three others, for Best Achievement in Visual Effects for his work on Laika Studio’s Kubo and the Two Strings, which is also nominated for Best Animated Feature.

Kubo is Brad’s first nomination, though he was the Animation Supervisor on the Oscar-nominated Laika features The Boxtrolls and ParaNorman. His extraordinary animation skills can also be seen in the stop motion features The Fantastic Mr. Fox, Corpse Bride, and Coraline.

Brad’s special gifts were apparent back in the early 1990s when he was a lively, good humored, slightly anarchic NYU student. I recall him skateboarding down the hallways of NYU’s 8th floor Animation area (a no-no), and was surprised when I saw the rushes for his thesis film, Wink Thorn in No More Mr. Niceguy, a hilarious parody of violent, mindless Schwarzenegger action flicks, to learn that he used a firecracker to blow a puppet’s head off and real fire to melt another character (two big no-no’s)!

Brad Schiff’s forte has always been Stop Motion character animation, an art form that he holds a lifelong commitment to and passion for. “I am solely a stop-motion guy,” he told Variety recently. “I have no other skills other than sculpting and playing with dolls.”

His stand-out work as a student was honed and expanded on professional jobs — television series, such as, MTV’s Celebrity Deathmatch; The PJ’s; and Gary and Mike (Will Vinton Studios), the latter garnering him a 2001 Primetime Emmy for Outstanding Individual Achievement in Animation. He also directed and animated television commercials for the NFL, Nintendo Gameboy, and Samsung, among other sponsors. Then came the full-length features.

All these early experiences led Brad to become a young master and major participant in the current renaissance of stop motion feature-length animation. In his career, he has helped fuse animation’s oldest technique with the newest technologies, thus advancing the art form to unprecedented levels of quality.

The New Yorker magazine of February 6, 2017 features a mid-career article about the brilliant and prolific children’s book author/illustrator
Mo Willems, NYU Tisch class of 1990, who inherits the mantle of Dr. Seuss and Maurice Sendak.

Mo has published more than 50 witty and charming children’s books with recurring characters (including Don’t Let the Pigeon Drive the Bus; Knuffle Bunny; the Elephant and Piggie series).  His stories artfully mingle life lessons with humor, and are beloved by millions of children worldwide. 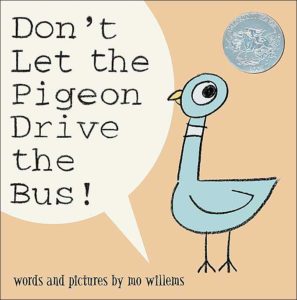 More than 25 of them are New York Times bestsellers, and he is the recipient of three Caldecott Honors, two Geisel Medals, five Geisel Honors, and an inaugural spot in the Picture Book Hall of Fame.  The Kennedy Center in Washington, D.C. commissioned him to write two musicals based on his books, Knuffle Bunny: A Cautionary Musical and Elephant & Piggie’s We Are In a Play!

Last spring, the New-York Historical Society presented The Art and Whimsy of Mo Willems, a retrospective exhibition of original art, concepts and finished drawings organized by the Eric Carle Museum of Picture Book Art.
Previous to Mo’s publishing career, he won six Emmy Awards for his writing on PBS’s Sesame Street, created the Cartoon Network’s Sheep in the Big City, and was the head writer for Codename: Kids Next Door.

And before that, Mo Willems was an unforgettable presence in the NYU Animation area.  A thin beanpole with a mop of hair, full of fun, indefatigable, spirited, with an endless supply of drawings of gags and ideas for films.

The Man Who Yelled (1990), one of Mo’s undergraduate films, shows his affection for UPA “cartoon modern” designs and Woody Allen commentaries.  The short can be taken as a mordantly funny comment on the commercial exploitation of an unusual talent, perhaps an homage to Chuck Jones’ One Froggy Evening (1955); but, in the final voice-over, it is also a clever send-up of people who over-analyze films, as in the critique you have just read:

NYU and its teachers are proud of their former students who, like Mo, Brad, Andrew and Lou, have gone on to notable accomplishments in their various careers in the arts.
It is a pleasure and privilege to have known them.

For what it’s worth, my personal philosophy regarding teaching is the same as that of Jules Engel (1909-2003), founding director of Cal Arts’ Experimental Animation Program:

It’s not what teachers give to a student; it’s what they don’t take away.